The Origins of the story of us

The Origins of the Story of US

There are many theories, and our power of choice can lead us to pick our own. If you allow yourself to notice, everything in human history has evolved. We have always been witnesses and pioneers of new paradigms; whether conscious or not, there have always been shifts in the way of looking at things at all levels of our existence. I will list some of them here to give you an idea: As a civilization, as a country, as a culture, if you practice/follow a religion, rules of society, and in our personal life as ideas, beliefs, expectations, a system of assumptions, concepts, values, and practices that constitute a way of viewing reality.  I can’t think of a better example as my own experience described on this website.
Let’s begin…
I will try to make this as simple as possible. For some, everything started with The Big-Bang Theory and there are many websites where you can find more information if you decide to do so.
As a student on pioneering evolution theories, exploring the new science of quantum physics and the unified field, and the study of Human Software Engineering,  I found that all these theories are finally catching up to what religious and spiritual teachers have known for thousands of years -we are far more than blood, flesh, and bone.

Before we go too far, here is a short disclaimer: This does not mean to be a physics or chemistry paper. This is the way a non-physicist -like me, came to understand what went beyond my beliefs and the physics I learned at school: Particles such as electrons, protons, neutrons that moved according to Newton’s laws of motion and separateness, and Waves such as radio waves, infra-red waves, whose dynamics were separated from particle movement.

Having said that, let’s go back to some basic and complex definitions of what we find in our universe.

Quantum Physics is a branch of science that focuses on quantum mechanics.
Quantum Mechanics is the set of principles used to explain the behavior of matter and energy.
So, for the Quantum Theory, instead of being two fundamental entities -particles and waves, there is only one: waves.

Whether we define matter as anything that has mass and takes up space; mass as substance; energy as the existing state of the substance, and light as a form of energy, all the above can be measured as waves.
Examples of forms of waves – electromagnetic waves with different wavelengths

From waves to consciousness in one slide 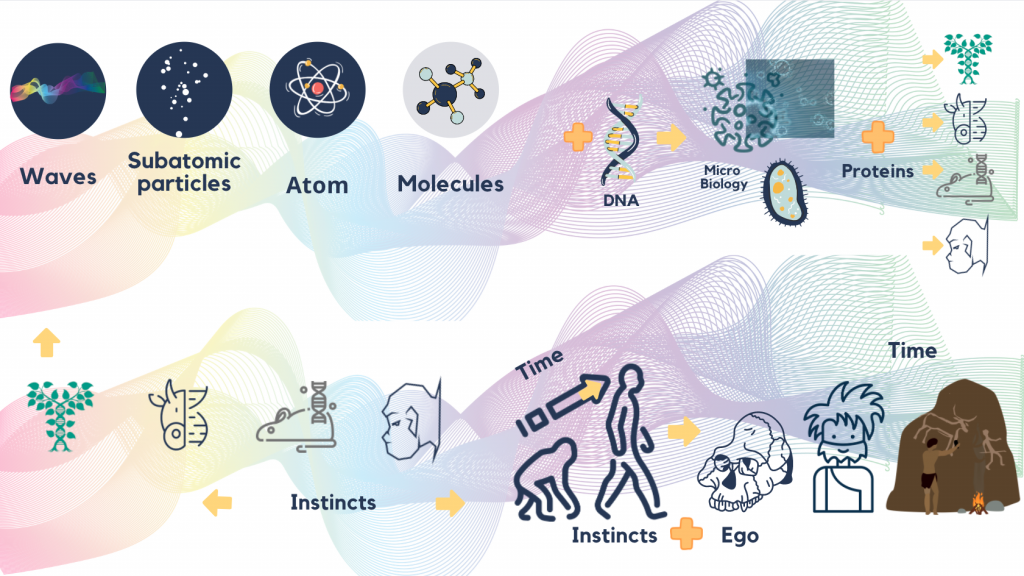 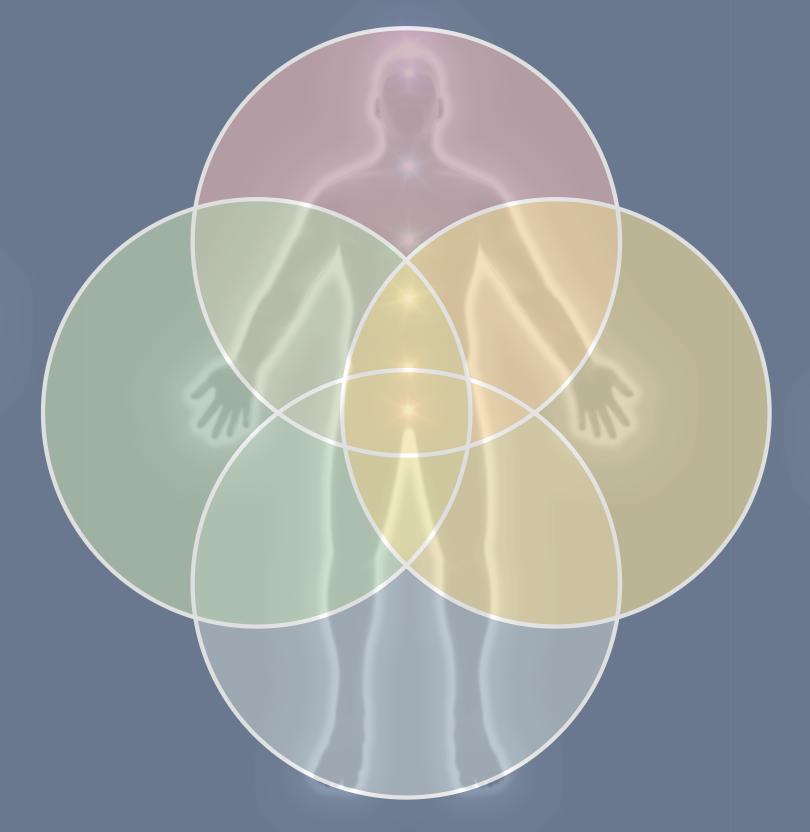 All of this to prime our minds and openness to perceive that the “I” that I am, is a pulsing body of energy with 4 basic levels of existence: